Zimbabwean authorities again ordered a complete shutdown of the internet on Thursday night, as security forces continue a crackdown against critics of President Emmerson Mnangagwa’s government. 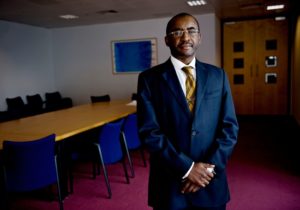 The country’s largest mobile phone network, Econet Wireless, said in an early morning SMS to its over 6,5 million subscribers on Friday that authorities had ordered them to switch off the internet.

An earlier internet blackout was in place from around 11AM on Tuesday until 4PM on Wednesday when the government allowed internet service providers to restore internet services, but block access to social media sites and apps.

Econet said: “At 2205hrs 17/01/19, we were served with another directive for total shutdown of the internet until further notice. Our lawyers advised we are required to comply with the directive pending the court decision on its legality. The earlier directives are already the subject of a pending High Court application. We sincerely apologise for all inconvenience caused by the acts of government which are beyond our reasonable control.”

Following the restoration of internet services, many Zimbabweans had circumvented the social media restrictions by routing through Virtual Private Networks to maintain contact with the rest of the world.

The earlier directive, according to Econet, came in the form of a warrant signed by State Security Minister Owen Ncube and Central Intelligence Organisation boss, Isaac Moyo.

The internet blackout appears designed to make it hard for Zimbabweans to coordinate protests and to prevent images and video of the crackdown from seeping out and prompting international criticism.

At least 600 people, including two MDC MPs and prominent activist Evan Mawarire, have been arrested and charged with incitement of violence after widespread protests on January 14 against shock fuel price increases decreed by Mnangagwa.

Doctors say they have treated over 250 victims of police and army brutality, with close to 70 of that number having suffered gunshot wounds. The number of dead is yet to be established, but Amnesty International said it had confirmed eight deaths.

Without the internet, it may take several hours or even days before the full horror of the security services crackdown is exposed.

Britain’s Minister for Africa Harriet Baldwin summoned Zimbabwe’s ambassador on Thursday to register her government’s disquiet about events in Zimbabwe.

She said: “Since the weekend, there has been widespread unrest and a heavy security force response, with several people killed and many injured.

“While we condemn the violent behaviour of some protestors, and unlawful acts such as arson and looting, we are deeply concerned that Zimbabwe’s security forces have acted disproportionately in response. In particular, there are disturbing reports of use of live ammunition, intimidation and excessive force.

“The government of Zimbabwe shut off access to the internet on 15 and 16 January and continues to block a number of social media sites.