US based DJ Mandla yesterday spilled some serious tea on Olinda and Tytan’s controversial marriage. 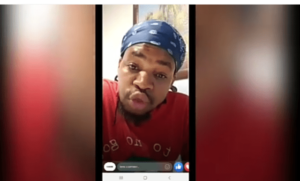 Mandla claimed that the couple engaged in thre…e_some se_xual relationships in the bedroom. Usually a drunk Tytan would request for triple action and his wife Olinda would oblige by finding a girl l.

The girls involved allegedly signed non-disclosure agreements if they were Zimbabweans and if they were UK nationals there was no need for a clause.

Watch the rest of the video below