SA based comedian Baba Tensen has stated that he’s not leaving South African anytime soon despite the violent spate of attacks against foreigners which have ravaged the country. 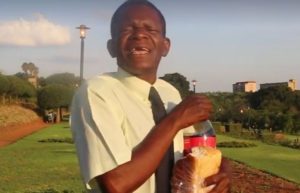 Foreigners in SA are now living in a perpetual state of fear after the nationals launched a violent offensive set against driving out foreigners in the country.