Lorraine Guyo says she considered committing suicide as her world collapsed around her following her video which went viral. 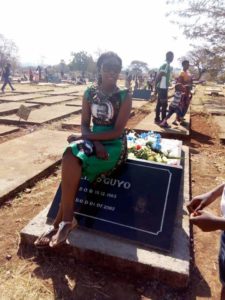 She confirmed that she had been suspended from her work and had had to abandon her mobile number after she was overwhelmed with love messages from lustful men.

Now my world is in turmoil so much that I really considered taking my own life yesterday because the pressure was just too much. I have been suspended from work until further notice because of the video which management felt crossed the line and brought unnecessary attention to my person and workplace.

I regret posting the video on my WhatsApp status. One of my contacts downloaded it and circulated it but it was not my intention.

I was discussing with my friends about Valentine presents and one of my friends asked me if I have been receiving Valentine present gifts for the past years. I felt challenged and decided to record a video as a joke. I underestimated the damage that this was going to cause and now my life has been turned upside down.

I am looking forward to receiving a present from my lover although he was disheartened by comments posted by people who saw the video. I had informed him about the video before it went viral but to be honest with you bae is not happy.

If truth to be told I am a lady who cannot look for men through social media but I have turned down several men including high profile people who wanted to date me.”