Prisoners Smuggle Sperm Out of Jail

Five-year-old Amir’s life began inside a foil bag of hazelnut wafer biscuits.  The boy’s father, Ashraf, is one of around 6 000 Palestinian prisoners inside Israeli jails. On June 20, 2013, Amir’s mother, Fathiya, went to see her husband her in prison. 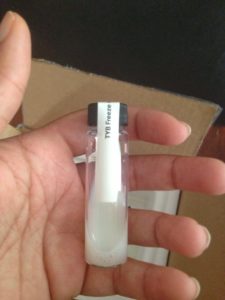 During their brief visit, Ashraf gave his wife the bag of biscuits and whispered to her that inside was an eye dropper he had filled with semen.

Go straight to the hospital, he told her, and use this so we can have a child.

“I was very nervous,” Ashraf told The Telegraph in a phone call from prison. “I thought the Israelis would find it. And I was worried about my family. I didn’t want to put them through another cycle of expectation and fear.” – The Telegraph