Kirsty Coventry Speaks on Resignation From Zimbabwe Government Over Protests

YOUTH, Sport, Arts and Recreation Minister Kirsty Leigh Coventry has responded to media reports she had resigned as government Minister in protest against the government’s handling of protests that occurred across Zimbabwe on Monday. 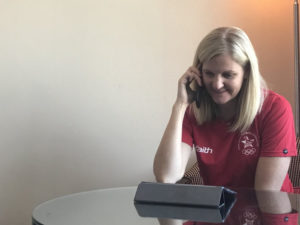 Coventry, who has travelled to Lausanne, Switzerland, for a meeting of the International Olympic Committee’s (IOC) meetings, was shocked by social media reports that she had resigned.

The IOC ethics commission is scheduled to meet later Friday in Lausanne, Switzerland.

Affectionately known as Zimbabwe’s ‘National Treasure’ and ‘Golden Girl’, Kirsty continues to invest her time and experience in Africa. She is a member of the ANOCA Athlete’s Commission, Vice-President of the Zimbabwe Olympic Committee, provides coaching and swimming lessons at her non-profit organization, the Kirsty Coventry Academy, and has recently launched a program for low-income and underserved areas – HEROES: Empowering children through sport.

Coventry won gold medals in the 200-meter backstroke at the 2004 and 2008 Olympics and also has four silvers and a bronze, the most Olympic medals by an African athlete. She shares the record of most individual medals by a female swimmer at the Olympics with Krisztina Egerszegi of Hungary. — ZOOMZimbabwe